The Wild Side of the Wild 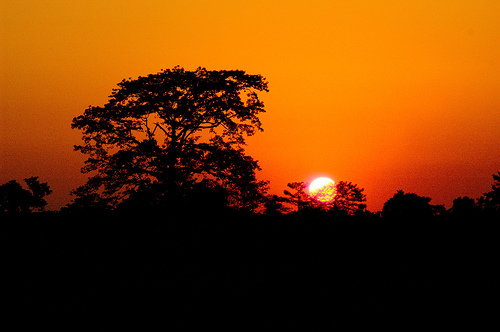 A few days back, the Union Minister of Environment and Forests, Mr. Jairam Ramesh announced that the much awaited scientific census of tigers in India will be made public on March 26, 2011. The announcement came only days after a six-member team of World Wide Fund for Nature (WWF) volunteers were reportedly kidnapped in the line of duty by unknown assailants from the Manas Tiger Reserve in the Northeastern state of Assam.

According to WWF-India, six young volunteers, including three women, were abducted on Sunday, 6th February 2011 while conducting field monitoring for the All India Tiger Estimation Project in Chirang Forest Division of Western Assam. Three of the abducted women volunteers were released two days later. The remaining three volunteers have now been released as informed by the WWF-India website, on 17th February.

Manas Tiger Reserve is located 176 km from Guwahati, the most well-connected city of Assam with a rail junction as well as an airport. The reserve derives its name from Goddess Manasa and stretches beyond Indian territory to the Himalayan kingdom of Bhutan. It is interesting to note that a river demarcates the state and draws the international border with Bhutan.

Manas Tiger Reserve was created in 1973 at the time of launch of the Project Tiger in India. The Reserve area falls in six districts, Kokrajhar, Bongaigaon, Barpeta, Nalbari, Kamrup and Darrang and is situated on the northern bank of the Brahmaputra River. The Reserve is home to a variety of wildlife, including 55 mammalian species, 36 reptilian species and 3 amphibian species, thus making it the greatest protected area in India in terms of numbers.

For ages the state has featured on the national map as a very disturbed area due to ongoing conflict between the Government and militant outfits demanding autonomy. Development processes have, in one way or the other, been hindered by these conflicts.

It is a known fact that the state is tremendously rich in natural resources and biodiversity with as many as three tiger reserves viz. Manas, Nameri and Kaziranga. And just when the state’s largest militant outfit ULFA (United Liberation Front of Asom) is having a peace dialogue with the Central Government, a disturbing incident like the kidnapping case is sure to raise many eyebrows.

At the same time, in addition to the tiger population in the reserve area, a more alarming concern is the security aspect of researchers and environmentalists working to protect and manage the wildlife irrespective of their caste, religion or tribe.

It is a known fact that due to the porous border with neighbouring countries and lack of security, illegal trade and smuggling of forest resources including animal parts thrives in the region. The region has been difficult to work in, from the point of view of conservation and environmental protection, and the wildlife remains highly threatened.

And the fact that there isn’t enough security for personnel is only an indicator of how vulnerable the wild animals are, especially those whose body parts fetch good money across the border. In the light of the above, does it really matter to talk about the tiger in cities, carry out census activities, introduce plans and policies for its protection, when even basic security to the big cat is wanting?

Tourism has been majorly hit by such lack of security which only makes tiger conservation measures more difficult, in the absence of immediate profits to the local people. The local people in the region are known to live in close harmony with nature.

But how much of the wildlife or biodiversity, can a native person conserve as exploitation has spread its tentacles in all aspects of life? Hence the alarming question that surfaces is how can the tiger, which plays an important role in the ecological cycle, be protected in such a setting? Peace no doubt can pave the way for sustainable development, bringing in harmony between man and its environment. But for that, we must give peace a chance.