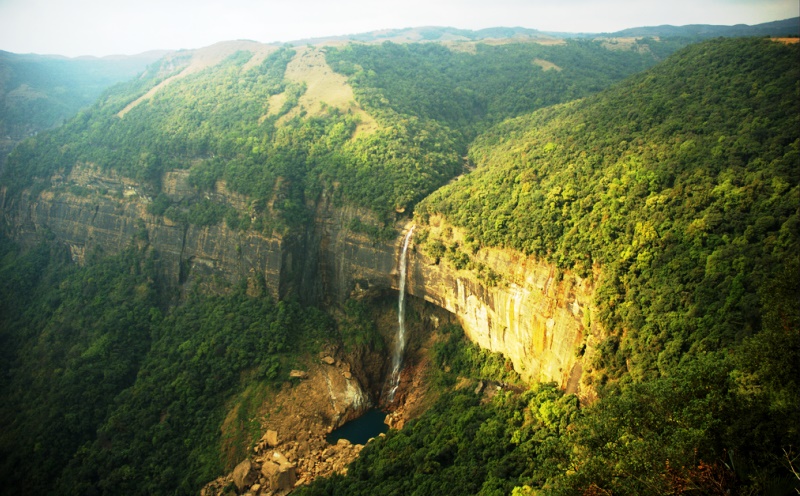 When the clock strikes 12 midnight, an earthquake might shake the entire Meghalaya state in Northeast India. October 25, 2010 may become the day of destruction for the people in the region, especially if adequate pre-disaster preparation measures are not taken.

Predicted to initiate from Ri War, in the southern part of Meghalaya, the earthquake that will strike is believed to last for three record breaking hours. This message has been received as a revelation by a local Minis Kyndait, and stated in symbolic language that “The body is 10 inches wide, the foot is 6 ft tall and the tail is 30 kilometres long”, which–according to her–are the measures of the earthquake.

Since time immemorial, science and religion have always stood in trial against each other. In today’s world, the scientific world exists in a completely different dimension than the religious or at times, even the spiritual world. According to the book of Hebrews in The Holy Bible, faith is defined as “…the substance of things hoped for, the evidence of things not seen” (Hebrews 11:1). But can faith predict an impending disaster?

According to SWEYAS, Minis Kyndait is a resident of Shken Pyrsit village in the Jaintia Hills district of Meghalaya. Way back in 2005-2006, she first experienced the healing power of God after suffering from a terrible illness for ten months. God’s holy anointing blessed her and she was told to preach to others what God instructs her. She went through various trials in her life as she failed to obey God’s commandment. In 2009, she also lost her youngest two year old daughter.

The final breakthrough  came for her on January 01, 2010 when God gave her a revelation about the impending earthquake on the 25th October, 2010. God told her to tell the people to repent of their sins and pray or else face the consequences of His wrath upon them. Many church leaders and elders after hearing the news met her and ascertained that it is indeed God’s revelation. Church elders have also warned the government about the revelation.

Churches and believers in Meghalaya are now praying and preaching to people to pray to God and come to repentance of their sins for God’s mercy to rest on them all. The SWEYAS website is thoughtful enough to also share the link to the Pocket Guide for Earthquake Survival from National Disaster Management’s website.

Scientifically speaking, an earthquake is known to be the result of a sudden release of energy in the earth’s crust that creates seismic waves.  Earthquakes are caused mostly by rupture of geological faults, but also by volcanic activity, landslides, mine blasts, and nuclear tests. During a recent meeting with a member of North-eastern Council, I came to know that the Government is doing all that it can to put certain systems in place for detecting even the slightest hint, any early warning, of the impending earthquake.

It is generally known that some animals start behaving abnormally well before an earthquake occurrence. Then, fluctuation in electromagnetic waves, affecting radio communication, are also noted days ahead of an earthquake and all such indicators are being mobilized to be able to get any kind of early warning.

What is also noteworthy is the traditional knowledge of several local people, tribes, which is both fast depleting and needs to be preserved as it holds within itself, a key to a lot of environmental information. Detecting early warnings of a coming disaster is also known to be something different tribal communities across the world have relied on. While “modern” science often ridicules such facts, and while there may be indeed be some degree of quackism that may have been induced in these traditional systems (which again is a result of the modern wave), recent experience speaks otherwise.

During the recent Tsunami that also affected the Andaman & Nicboar Islands, even as  the entire Car Nicobar airbase of the Indian Air Force was wiped off killing hundreds of people, not one person from the tribal community was affected as they had already moved to higher grounds hours before the waves struck.

At this point of time, one cannot help but wonder if faith can be counted as one element to determine and detect early warning against such a disaster. It is no doubt a great challenge that can shake not only the region but the faith of many people. There has obviously been no response from the Government or the scientific world so far, but faith has proclaimed the steps to be taken and how one can be saved from such disaster.

A good reminder is the earth quake of 1897, which shook the entire eastern region of India and led to large scale loss of life and property. Domdoi Khardewsaw in Meghalaya had made a prior warning to the people that an earthquake will strike on 12th June, 1897. Many did not believe the warning of this man who was once a traditional priest performing religious rites, but who had come to true repentance and acceptance of Lord Jesus Christ. Alas! The earthquake struck as predicted by him and left a mark in history.

This post is indeed an effort to share information about the revelation and to share goodwill ties with those who believe in it. And for those who choose not to believe in it, it is a question of how one should react to such intuitions and warnings. What does science says and more importantly how will the concerned authorities including the Central and State governments respond to this faith induced quake alert!

Editor’s Note: The views expressed by the author are personal.

Image by Pankan Kaushal via Flickr over Creative Commons