The Abode of Clouds 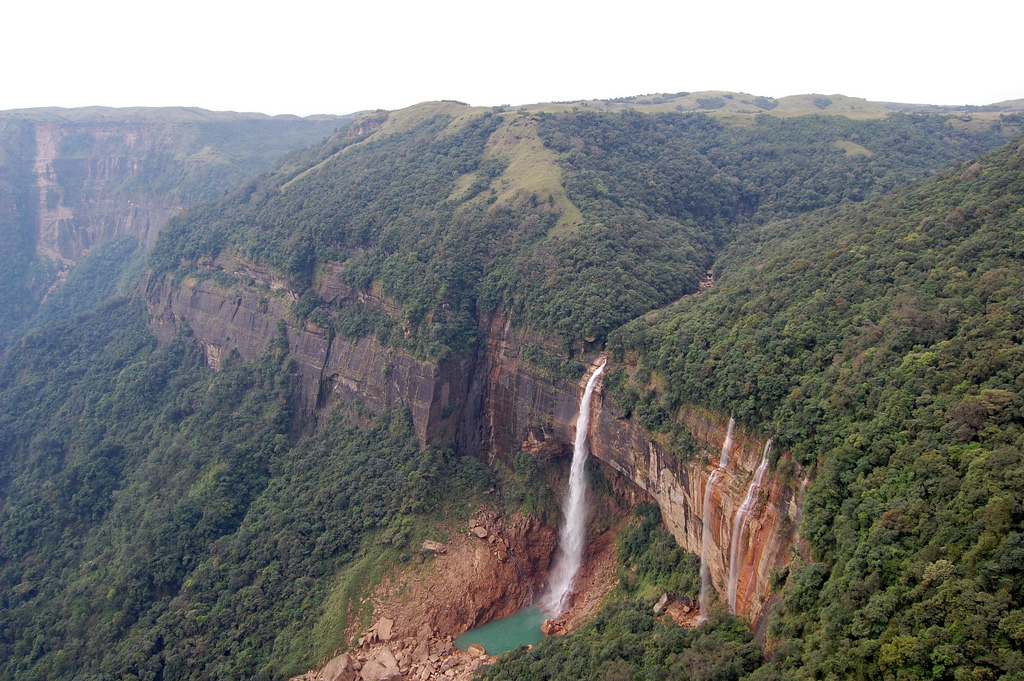 Located in the northeastern part of India, Meghalaya true to its name is the ‘abode of clouds’. Meghalaya – alaya (“abode”) and megha (“of the clouds”) – occupies a mountainous plateau of great scenic beauty. It is bordered by the state of Assam to the north and northeast and by the country of Bangladesh to the south and southwest.

Meghalaya was formed by carving out two districts from the state of Assam: the United Khasi Hills and Jaintia Hills, and the Garo Hills on January 21, 1972. Before attaining full statehood, Meghalaya was given semi-autonomous status in 1970.

The capital Shillong, the capital of Meghalaya is located at an altitude of 1496 metres above sea level. Shillong, which was made Assam’s capital in 1874, remained so till January 1972, following the formation of Meghalaya. The capital city derives its name from the manifestation of the creator called Shyllong.

With a total population of 29,66,889, Meghalaya is home to three dominant tribes, Khasis, Garos and Jaintias. Each tribe is contrastingly distinct from the other yet there is a harmonious milieu. The Garos inhabit the western area, the Khasis the central area and the Jaintias the eastern area. Each tribe has its own distinctive customs and cultural traditions, the Khasis are said to be of Mon-Khmer ancestry, the Garos of Tibeto-Burman origin and the Jaintias said to be from South East Asia. The common trait binding all three communities is its matrilineal system in which the family lineage is taken from the mother’s side.

Meghalaya is blessed with a mild climate. The temperature at Shillong ranges from about 21-23°C in the summers to about 8-10°C in the winters. The town of Sohra (Cherrapunji) holds the world record for most rain in a calendar month, while the village of Mawsynram, near Sohra (Cherrapunji), holds the record for the most rain in a year and is referred as the wettest place on earth.

Meghalaya is mountainous, with stretches of valley and highland plateaus. The elevation of the plateau ranges between 150 m to 1,961 m. The central part of the plateau comprising the Khasi Hills has the highest elevations, followed by the eastern section comprising the Jaintia Hills region. The highest point in Meghalaya is Shillong Peak with an altitude of 1961 m. The Garo Hills region in the western section of the plateau is nearly plain. Nokrek Peak with an altitude of 1515 m is the highest point in the Garo Hills. The state is geologically rich with Archean rock formations containing rich deposits of valuable minerals like coal, limestone, uranium and sillimanite.

Meghalaya has many rivers, most of which are rainfed and seasonal. The important rivers in the Garo Hills region are Ganol, Daring, Sanda, Bandra, Bugai, Dareng, Simsang, Nitai and the Bhupai. In the central and eastern sections of the plateau, the important rivers are Khri, Umtrew, Digaru, Umiam or Barapani, Kynshi (Jadukata), Umngi, Mawpa, Umiam Khwan, Umngot, Umkhen, Myntdu and Myntang. In the southern Khasi Hills region, these rivers have created deep gorges and several waterfalls.

Meghalaya has a forest cover of about 70% comprising of dense primary subtropical forest. The forests of the state are considered to be among the richest botanical habitats of Asia. These forests receive abundant rainfall and support a vast variety of floral and faunal biodiversity. There is presence of many sacred groves preserved by the communities for hundreds of years due to religious and cultural beliefs and have been protected from any exploitation. These sacred groves harbour many rare plant and animal species.

The Nokrek Biosphere Reserve in the West Garo Hills and the Balphakram National Park in the South Garo Hills are considered to be the most biodiversity-rich sites in Meghalaya. There are three wildlife sanctuaries in the state, namely the Nongkhyllem Wildlife Sanctuary, the Siju Sanctuary, and the Baghmara Sanctuary.

Meghalaya is blessed with diverse climatic and topographic conditions which support a vast floral diversity. The widely popular sal (Shorea robusta) and teak (Tectona grandis) are prominently found in the state. There is also a large variety of fruits, vegetables, spices, and medicinal plants. Meghalaya is also famous for its large variety of orchids — nearly 325 of them. Of these, the largest variety is found in the Mawsmai, Mawmluh and Sohrarim forests in the Khasi hills.

Meghalaya also has a high diversity of fauna. The important mammals include elephants, bear, red pandas, small Indian civets, mongoose, weasels, rodents, gaur, wild buffalo, deer, wild boar and a number of primates. Meghalaya also has a large variety of bats. The limestone caves in Meghalaya such as the Siju Caves are home to some of the nation’s rarest bat species. The hoolock gibbon is found in all districts of Meghalaya.

Meghalaya’s forests host 660 species of birds, many of which are endemic to Himalayan foothills, Tibet and Southeast Asia. Of the birds found in Meghalaya forests, 34 are on worldwide threatened species list and 9 are on the critically endangered list. The great Indian hornbill is the largest bird in Meghalaya. Meghalaya is also home to over 250 species of butterflies, nearly a quarter of all butterfly species found in India.