Watch Out! Climate Change May Be Altering the Taste of Your Tea 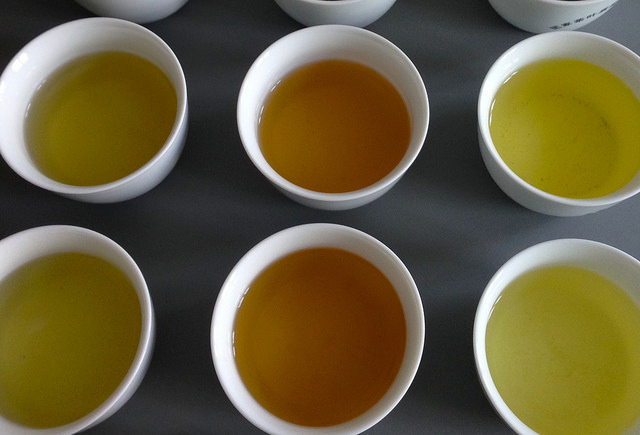 According to a recent article published in the Guardian, climate change induced rising temperatures and reduced rainfall pattern may well be leading to not just the reduction in yields but also altering the distinctive flavour of India’s most popular drink: Ek cup chai – the humble cup of tea!

The Assam tea is in trouble and all of us will have to bear the consequences. While the news will definitely come in bad taste (pun purely co-incidental) to many of you, it is much more unfortunate and will have a greater impact on those in the tea plantation business in Assam state. The Assam tea is popular world over for its strong and characteristic taste and any adverse alterations may hamper the demand for this tea in the international market.

The article informs that in the last 60 years, rainfall has fallen by more than a fifth and minimum temperature has risen by a degree to 19.5 degrees C in the region thus adversely impacting the production of tea to some extent. Assam tea is usually grown in the lowlands of Assam, unlike Darjeelings and Nilgiris which are grown in the highlands.

The Assam tea bush grows in a lowland region, in the valley of the Brahmaputra River, an area of clay soil rich with the nutrients of the floodplain. Previously, experts have already suggested that the impact of climate change will begin to show first on the footsteps of the Himalayas, and in lower regions first. Research suggests that as global warming will make higher altitudes warmer, there could be a shift in vegetation and biodiversity from the foothills to upward.

While the quality of tea and its flavour depends on a lot of factors including soil nutrients, fertilizers used, etc. experts are hinting that this time around, the decline in quality is a result of the changed weather pattern. This is an alarming news for the tea planters and requires serious and immediate attention from the government and researchers alike.

The tea industry is one of the most profitable industry in Assam and an impact on it could mean a serious blow the state’s economic situation. The industry employs a large number of workers, both men and women, who will also be hit in the case of any serious economic downfall. There is therefore an urgent need for various stakeholders to step in and try to monitor the situation closely to avoid any manageable impact.