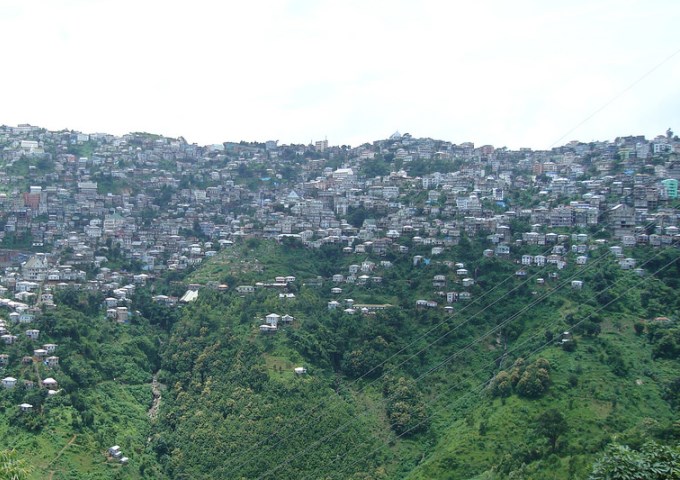 Urban growth is a recent phenomenon in North-east India and has now become an emerging trend. According to Census of India (2011), the total total number of cities in the entire North-east region which have a population above above 1,00,000 (0.1 million) is nine (Fig. 1).

Of these, the city of Guwahati (in Assam) far exceeds the other eight cities in terms of total population and is the most urban city in the North-east region. Guwahati is followed by Agartala, Aizawl and Imphal, which are the capital cities of Tripura, Mizoram and Manipur respectively. The other state capital which feature in the top nine most populated cities of North-east India is Shillong (Meghalaya). Three of the remaining four cities in this list are located in Assam while the city of Dimapur is located in Nagaland.

Despite having a more traditional approach to development, the pattern of urbanisation observed in the most populated city of Guwahati is unfortunately no different than that witnessed by existing urban agglomerations (UAs) in India. Consequently, it is no wonder then that Guwahati has now reporting similar degradation of environment and quality of life as has been reported from the existing UAs in India.

It must be mentioned here that the landscape of NE India is more fragile and vulnerable than compared to rest of India. The NE therefore cannot afford to repeat the urban mistakes made by the existing UAs in India since this could prove disastrous for the people, local culture and the biodiversity of the region. Already problems like traffic, congestion, waste burning, slumming etc. are becoming more visible in the various state capitals of North-eastern states.