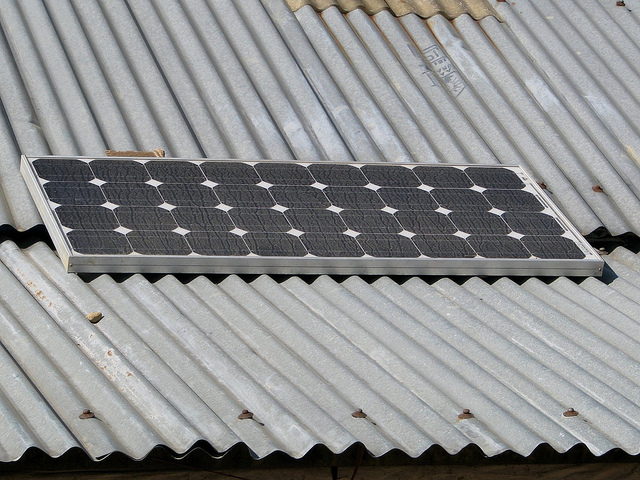 India is no doubt taking significant steps towards combating impacts of climate change on the country. The years first parliament session witnessed an address by the Hon’ble President Pratibha Patil on the importance and commitment from the central Government on environment issue.

Addressing the members present, she said, “My government attaches the highest importance to the implementation of all laws relating to the protection of the environment and forests. The rapid pace of economic growth is imposing new challenges. A developing country like ours must find ways to strike an appropriate balance between environmental imperatives and developmental needs.” Even the revised Civil Services syllabus includes environmental topics like global warming and climate change.

On February 22 2011, the state of Nagaland held the 2nd meeting on Nagaland Solar City Stakeholders. After Tripura, which boasts of a capital which became the first Indian city to become a solar city, the state of Nagaland has responded to the call by Ministry of New & Renewable Energy (MNRE) for “Development of Solar Cities” in its ongoing 11th Plan period.

The MNRE has launched this programme with an aim to promote the use of Renewable Energy in urban areas by providing support to the Municipal Corporations for preparation and implementation of a Road Map to develop their cities as Solar Cities.

Nagaland has taken a step further and has become the first state in the North Eastern Region to have established a separate Department of New & Renewable Energy. Making this announcement, the chief guest and advisor to the New & Renewable Energy Department of Nagaland, Deo Nukhu, called renewable energy and solar energy as God’s given gift to mankind.

He further stated, “Influx of migration from rural to urban (regions) is growing rapidly in many countries including India and NE Region, due to human advancement in various fields. This has brought about pollution and energy crisis in various ways.”

Adding to this, Commissioner & Secretary, New & Renewable Energy and IPR, M.K. Mero said, “New & Renewable Energy would become an asset in a scenario where Global Warming, Climate Change, Carbon emission and the like is a concern for all. The programme is organised with a set target of 10% usage to give support to the municipal bodies to facilitate solar energy requirement in towns and cities making them the stakeholders.”

The objective of MNRE’s “Development of Solar Cities” programme is to enable and empower Urban Local Governments to address energy challenges at city level and to provide a framework to prepare a Master Plan including assessment of current energy situation, future demand and action plans, to build capacity in Urban Local Bodies and create awareness among all sections of civil society on sustainable energy options.

The cities/ towns included in the programme should have population between 0.50 lakh to 50 lakh inclusive of the floating population. Cities with even less population located in North Eastern and hilly states, islands and UT’s are being considered under the program on case to case basis on merit.