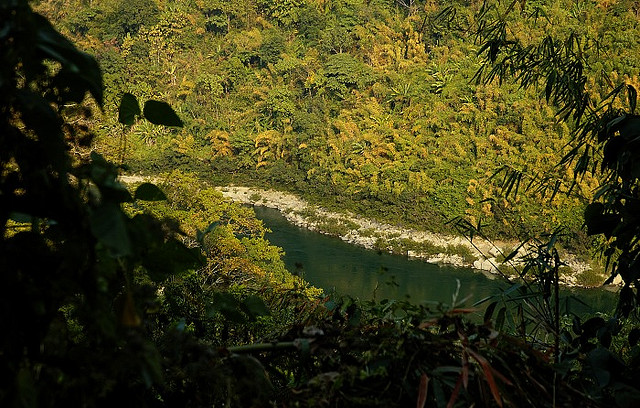 The Indira Priyadarshini Vriksha Mitra (IPVM) Awards were instituted in the year 1986 to recognize the pioneering and innovative contribution made by the individuals and institutions in the field of afforestation/wasteland development.

Nominations for the IPVM Awards 2010 were assessed on the basis of criteria like replicability, innovation, setting up of grassroots organizations, soil and moisture conservation work and other related activities. Target groups like women/weaker sections of society, people in inaccessible/remote areas, work being done over and above the call of duty/involving personal courage, tangible impact in relation to resources mobilized, educative and awareness creating values, etc. were all factors considered before choosing a winner.

Passing all the laid down criteria and showing much dedication to the environment, the state of Mizoram has been declared the winner of the most prestigious award in Forestry sector given by the Ministry of Environment and Forests (MoEF). The award has been given as recognition of the states commendable contribution in the field of afforestation and wasteland development. The award carries a cash prize, a citation and a scroll. State forests officials from Mizoram will receive the award during a ceremony in New Delhi on November 19, 2010.

According to the latest report of the Forest Survey of India, 82.42 per cent of Mizoram’s total geographical area (21,081 sq km) is under forest cover. Hence, the state was ranked first among the Indian states and Union Territories in terms of forest cover as percentage of states geographical area. Without doubt, it took a lot of hard work and commitment from the state to attain such status with magnificent result. Mizoram, like many other Indian states, is agricultural dependent and like many other hilly regions, practices jhum or swidden agriculture. As is known, the practice has now become a major threat for the state in terms of losing its forest cover.

Therefore, challenged by such threat and concerned about the continued depletion of tree cover in the state, Mizoram Government had launched the “Green Mizoram” programme.The aim of this programme was a massive resuscitation and afforestation of all barren lands including private, Government and semi Govt. lands. These areas were then converted into green cover thereby creating a better environment.

Excessive biotic pressures like illicit felling, forest fire, clearing of private and Government lands for human habitation and other developmental activities also contributes much to the depletion of forest cover in the state. Each year, a particular day during the 1st or 2nd week of June, the state observes Green Mizoram Day. The day is dedicated to planting of trees and maintenance of the trees planted in the previous years. Since its inception in 1999, planting of trees has been carried out by the Government, semi government agencies, NGOs, educational institutions and the public.

‘A stitch in time saves nine’, is very well demonstrated and lived up by the state of Mizoram. Though challenged with the several development and cultural practices, the state has successfully gone the sustainable way to ensure it remains forever green. It is indeed possible to bring change for good and work out sustainable solutions if only we all practice the green practices and not just keep preaching them. Three Cheers to Mizoram!!!