Mawlynnong: A Meghalaya Village Declared to be the Cleanest in Asia 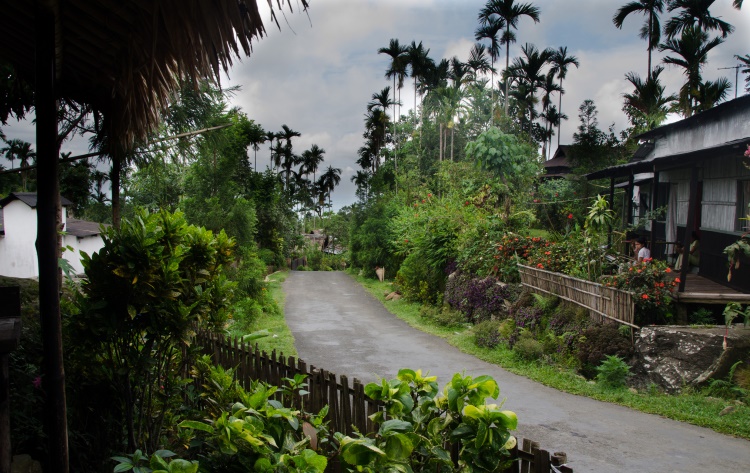 A small village situated on the East Khasi Hills District in the state of Meghalaya stands as an example of eco-friendliness and cleanliness for many villages in the country. The eco-pride of Meghalaya, Mawlynnong village is situated just about 75 kilometers from the state capital of Shillong. Discover India magazine had declared the village as the cleanest village in all of Asia in 2003.

Mawlynnong is a picture perfect painting and a destiny for many nature lovers. The main occupation of the villagers here is agriculture and the mostly grow betel nut. There are about 82 households that live in Mawlynnong. Keeping the surrounding environment clean is an age old tradition in this village.

The villagers keep their surroundings clean by voluntarily performing all the civic duties such as sweeping the roads and lanes, watering the plants in public area and cleaning the drains. This village is over hundred years old and people residing in this village have been maintaining this sense of cleanliness right from the time of their ancestors.

Bamboo dustbins are found all along the village and the villagers make it a point that dirt and waste are not thrown elsewhere. All the waste from the dustbin is collected and kept in a pit, which the villagers use as manure. The villagers are now on a mission to ban plastic in the area.

The village with cent per cent literacy is a very conscious one and the villagers are also engaged in spreading the message of conservation and protection of the forests. Trees of native species are planted to ensure that the virgin forest is kept intact and is replenished.

Mawlynnong’s fame is now drawing an endless stream of guests from across the country and abroad. Although residential facilities here are still scarce and are in the process of being developed, the existing facilities constructed from bamboo and thatch is hospitable and restful.

Unlike other cities and towns in the country, where several government sponsored cleanliness drives are taken up but fail, Mawlynnong has set an example of a self-disciplined drive of responsible citizens working to save the environment in a praiseworthy manner.

No wonder with such high degree of cleanliness and environment friendliness, the people of the village are also all healthy and sprightly. Local residents delight themselves in growing different flowers around their houses to complement the beauty of their tiny cottages. It’s a dream of many environmental activists and a desired destiny for those who want to enjoy the purest and unspoiled bliss of nature.

First published on 16 October 2010. Image by Ashwin Kumar via Flickr.