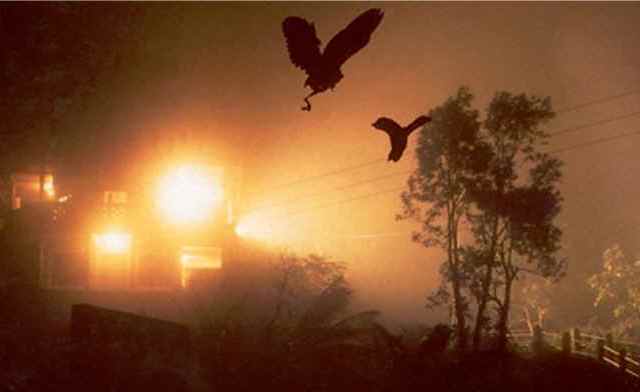 The world is often thrown into mystical debates by the occurrence of unexplained phenomenon which initiates scientific search for answers. Something similar happened in the beginning of this year in many parts of the world. Some are inclined towards believing that such incidents are a sign that the world is coming to an end in 2012 as predicted and believed by many. Others, especially from the scientific group are suggesting that it’s all natural and there is nothing to worry or be really alarmed of at least as for as the 2012 fear is concerned.

It started as a welcoming note during the advent of the new year 2011.  A large number of drum fish reportedly washed up dead on the shores of the Arkansas River in U.S. on New Year’s Eve. An estimated number of around 5,000 dead red-winged blackbirds dropped from the sky as well. The Southern American country of Brazil witnessed 100 tons of dead sardines wash up its shores. While in another continent, New Zealand reported millions of tiny fish going belly up in Chesapeake of Maryland. The list recently added 100 jackdaws that were found dead in Sweden while approximately 40,000 devil crabs washed ashore along Kent coast beaches of England.

Scientists are still trying to figure out the exact cause of such mass dying of animals across the globe. Experts are claiming that mass die-offs are common due to weather, disease or poisonings. While research for answers and anticipation goes on, a small village in Assam in Northeastern part of India struck my mind. The place has a long history of an unexplained natural phenomena that has also become a boon for tourism. Scientists and experts are still looking for answer and struggling to solve this natural mystery.

As fog comes on a moonless night….
When the wind blows in direction right….
Jatinga turns into an island of search light,
And birds appear like ghosts from nowhere.

Jatinga is a village on a ridge, which is located in the North Cachar Hills district of Assam State in India. Jatinga is the only hill station in the State, located at the foothills of the Borail range. It is located 330 km south of Guwahati city and it proudly hosted the first three-day International Jatinga Festival last year. The main attraction of the festival is the decades old rare bird phenomenon that occurs every year in the village.

On a moonless night, when the mist and fog bearing south-westerly winds blow over the Jatinga valley, different species of local migratory birds are believed to get attracted to strong light sources or bird trap lights. It is believed that birds get caught in the fog and wind, get disoriented and seek solace of the light sources put up by the villagers. They hit against trees or other objects and get injured in their flight towards the light source and drop dead.

According to historical belief, the village was originally inhabited by the Jeme Naga people. But the Jeme Naga abandoned the village as they believed it was the demon coming in the form of birds. Some Jaintia people who came there around 1903 in search of suitable land for growing betel nut stayed back as they found the place very suitable. The village later became a popular destination for many in the 1980s due to the bird phenomenon.

However in recent times, insurgency played havoc and visitors count fell down badly. Currently with the cease fire pact signed between existing insurgency groups and the government, tourism spell is back in the village. The village is back on the tourism map, and the festival build around the bird phenomenon is also acting as a vehicle for spreading the message of communal harmony among the people of the area.

It took long to discover the bird phenomenon and it’s taking longer to explain the cause or find answer, but it did well for the village and tourism industry in the state. A small region in the northeastern state of India could very well hold an answer to the mass waves of unnatural death of animals gripping the world today…well, it’s just a thought and not a mystery!