First Naga Women Battalion: The Other Tale of Northeastern Girls in Delhi 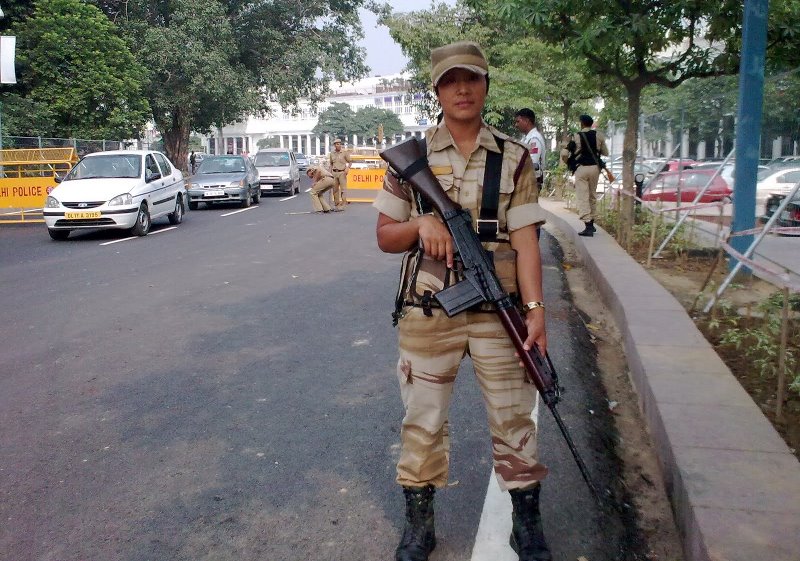 Perhaps ever since the first batch of girls from Northeast India set foot in the national capital, they have faced unwanted glances and had untold experiences to convince her that she is different from others living in the city. Many Northeastern girls in Delhi have been a soft target to criticisms for being who they are, behaving in certain ways and being tagged in an often unthoughtful manner.

Security has been an alarming issue not only for them but for every girl in the city. The first Naga women battalion that came to Delhi recently, for giving security assistance to Delhi Police during the Commonwealth Games 2010, has brought about a shift in the existing paradigm.

A local resident of Delhi, Praveen Dutta proclaims, “Security force from northeast, that too these young girls are providing security to us. We feel safe with all these arrangements. We really feel proud of them”. The first all-women police battalion from Nagaland that was formed exclusively for the CW Games duty after nine months of rigorous training, has not only brought pride to the Northeast region but more so to all women in the country.

Deputy Commanding Officer, Temjensenla Jamir proudly talks about her girls, “We are proud of ourselves because this is the first time that a women battalion from Nagaland is performing duty here. And for the girls also, this is the first time, their first duty. But they are all doing well.”

The women personnel, around 600 and barely out of their teens are confident and tough which is visible as they stand smartly at all major market areas, Metro stations and venues hosting the various sporting events. All of them are well equipped to handle weapons like 303 rifles, self-loading rifles, AK-47s, 9-mm pistols, light machine guns, carbines, etc.

Most of these girls come from a rural background and have never been to a metropolitan city before. But that did not affect them in the least. Back home in Nagaland, women have much to rejoice over such a step taken by the Government. Now, they feel more secured especially during the regular security check ups done in the state. It has not only provided employment to many of the women who struggle in villages to meet their family needs but has instilled a sense of pride and confidence in other women, to walk hand in hand with their male counterparts, in all fronts of development activity.

The women battalion has vowed to come back to the city again as a tourist since working eight-hour shifts daily has made them unable to explore the city and its various attractions. Long after they are gone, let’s hope that the Northeastern girls as well as other women as a whole enjoy the pride and respect the lady army has left behind in India’s capital city of Delhi.