India to Get its First Bamboo Park in Tripura 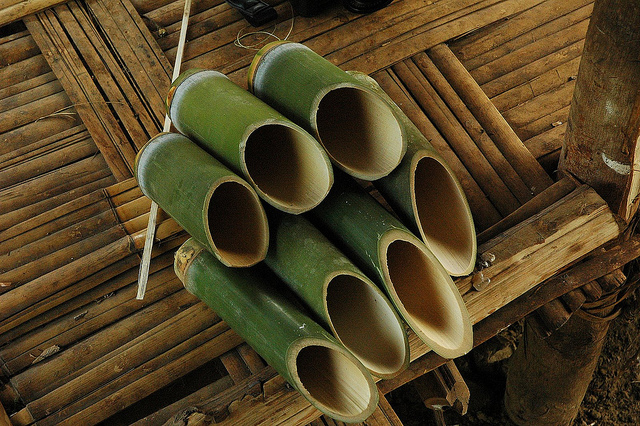 Bamboo and North East India are symbolic to each other. One will find the grass-tree almost adorning the face of North East Region across all the eight states. Since time immemorial, people in the NER have depended and utilized bamboo for many utility and construction needs. They carry the legend through various works of art like handicrafts across other parts of the country. Any fair and handicraft exhibition in India is incomplete without bamboo products.

Tripura, one of the largest producers of bamboo in the country, has announced the setting up of India’s first Bamboo Park. The bamboo park will be a Joint Venture between the Tripura Industrial Development Corporation (TIDC) and the Infrastructure Leasing and Financial Services (IL&FS) limited with an outlay of Rs.25 crores. Tripura has been very active in promoting bamboo based industry and economic development initiatives. The state also has a Bamboo Mission Initiative to develop the bamboo sector in the state in a holistic manner.

The state already boasts of having the second rubber industrial park in the country after Kerala, which is a joint venture between TIDC and Rubber Board. Both this state ventures aim at boosting industrial exports and to bring about a natural revolution in the elastic polymer industry. Both the projects are being set up at the North East India’s biggest industrial zone located at western Tripura’s Bodhjungnagar, some 25 km north of Tripura capital Agartala.

The fact that bamboo plays an important part in the lives of the people of Tripura and of course North East India, will contribute strongly towards making India’s first bamboo park a real success and achieve its goal in no time. Bamboo has been an integral part of the cultural, social and economic traditions of the Northeast states, and no doubt it is an important component of economic development.

Bamboo is utilised in various ways like for housing, fencing, functional articles, agricultural implements, basketry, and even fuel and food. The workforce will be of uncompromised nature since people possess traditional skills of working with the material inculcated over the years. Knowledge of the cultivation and management of bamboo is also an integral part of the region.