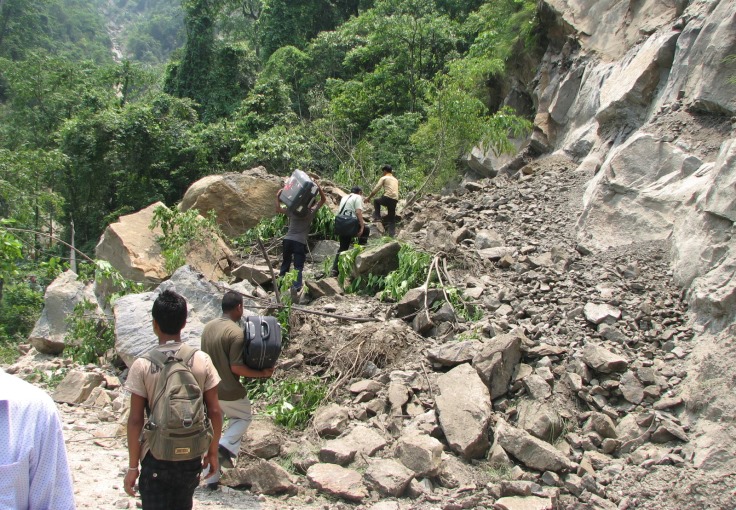 Effective warning systems and adequate preparedness to mitigate disaster events is critical to the survival and sustainability of any nation today. The twin disasters, the earthquake followed by the catastrophic tsunami in Japan last month, is an example of how even the best of technology cannot withstand nature’s fury.

The quake measuring 8.9-magnitude was the fifth-largest in the world since 1900 and the tsunami which followed caused large-scale impacts. The nuclear reactors that were damaged by the tsunami are still a threat to the people living around it. Its impacts may remain for long and could even reach other parts of the world.

With respect to the North East region (NER), history has recorded two major earthquakes viz. the 8.7 earthquake of 12 June 1897 in the Shillong plateau and Independence Day earthquake of 1950 of the same magnitude on the Tibet-Arunachal border. The 1897 earthquake had killed 1,540 persons, injured a lot many others and damaged huge property.

The 1950 earthquake killed over 1,500 people and triggered a large number of landslides that dammed many tributaries of Brahmaputra River. This changed the course of the river which has had a long-term impact on the environment and livelihood of the people of the region felt even today. It is perhaps for this reason that even today, a small faith induced earthquake forewarning is given more than needed attention.

In order to sensitize the policy makers of the NER about the natural ‘time bomb’ on which the geology, geomorphology and geography of the region are embedded, the National Institute of Disaster Management (NIDM), in collaboration with the National Disaster Management Authority, the North Eastern Council (NEC) and the Government of Assam recently organized a National Workshop on “Earthquake Risk Mitigation Strategy in the North East” on 24-25 February 2011 at Guwahati.

“It brought together some of the most reputed experts who have devoted their life and career in understanding the hazards of earthquakes in the region to interact with the policy makers, jointly identify the strategic issues and develop a road map for earthquake risk mitigation and preparedness for the region”, informed P.G. Dhar Chakrabarti, Executive Director, NIDM.

The Workshop was inaugurated by Shri Tarun Gogoi, Hon’ble Chief Minister of Assam. P. Chidambaram, the Union Home Minister also extended his support and had this to say about the workshop, “This is a welcome initiative as this region has witnessed several earthquakes and the seismologists have been warning of the recurrence of such earthquakes in future.

It is expected that the workshop would bring together reputed experts on earthquakes in the region to interact with policy makers and administrators and develop a road map for earthquake risk mitigation and preparedness for the region.”

The workshop discussed the need for a more focused, sustained and time bound multidisciplinary research agenda and provisions of state-of-art infrastructure and necessary investments for pursuing the agendas under expert supervisions. The workshop made some important recommendations such as coordination of earthquake hazard assessment studies, upgradation of seismic monitoring facilities, seismic microzonation, and assessment of vulnerable structures.

“The sharp contrast between the lives lost in two recent (2010) comparable earthquakes, one in Haiti and the other in Chile, has vividly highlighted the heavy cost of delay in preparedness in terms of heavy loss of invaluable lives and valuable property. The lesson should not be lost upon us”, declared P.P. Shrivastav, member of the NEC. All said and planned, it is the political will to implement that will bring a change and save many lives from falling prey to disaster.

The issue of installing mega dams in the seismically active NER (especially Arunachal) unfortunately did not get much attention in the recent elections in downstream Assam. Another Japan may already be in the making and the challenge is to overcome unplanned development  and become a better example to a world threatened by known and unknown disasters.

With inputs from Govind Singh | Image by Pragya Lama

2 thoughts on “NE Turns to Risk Reduction and Disaster Preparedness”