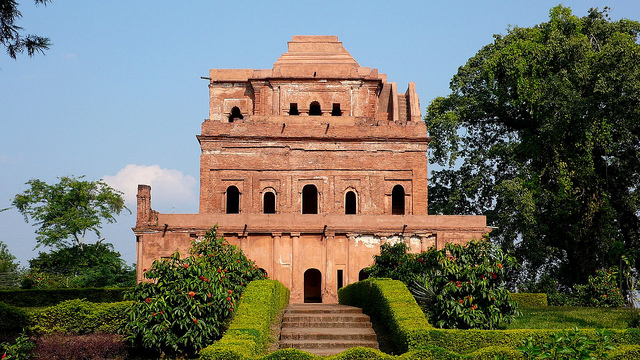 The beauty and diversity of North East India has attracted those with a taste for mysticism and lateral thinking ever since. The North East Region (NER) of India comprises the eight states of Assam, Arunachal Pradesh, Nagaland, Sikkim, Tripura, Meghalaya, Manipur and Sikkim.

The region is home to a rich flora and fauna, diverse culture, customs and yet distinguished from each other by interesting paradoxes. While Mizoram has the second highest literacy rate in the country, Arunachal Pradesh lags far behind. Assam is well connected by roads, railways and airway while there is no connectivity of railways in Sikkim, Meghalaya and Mizoram.

Nature has always played a major role in determining the lifestyle of the region. 167,00 sq. km is under forest area  and out of the 1300 species of orchids found in India, 550 are from Arunachal Pradesh alone. North East India also supports some of the rarest birds and animals.

Mawsynrem in Meghalaya prides in being the area with the highest rainfall while Arunachal Pradesh has  the second largest Buddhist Monastery in Asia. In Manipur there is the Loktak Lake while Tripura can boast of an unmatched cultural diversity.

The Ministry of Tourism has called the NER as “Paradise Unexplored”. To say that the NER has tremendous tourism potential is an understatement. But unfortunately, not enough measures have been taken to promote tourism in the region. People are averse to visiting the region because of preconceived notions and due to the geographical terrain and other factors.

Infrastructural development must be followed by the revamping of the “Look East Policy” which, without doubt, shall be a boon to the region in all aspects as the region shares close similarities with the people of East Asia.

The very successful “Incredible India” campaign  must take into consideration the “unexplored” Incredible North East as well. Enough budget should be allocated for tourism development in the NER but most importantly, there should be a credible political will as well.

Above all, keeping in mind all the factors, the uniqueness of the region should not be disrupted at any cost. A pathway to innovating and implementing sustainable tourism should therefore be the way forward.

First Published on 9 February 2011. Image by rakjumar1220 via Flickr over CreativeCommons

One thought on “Untapped Tourism Potential of North East India”