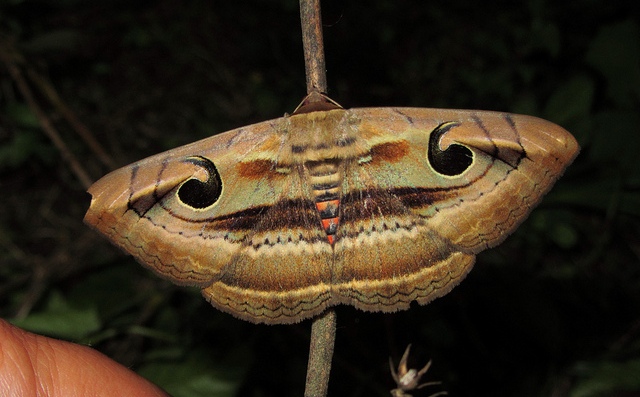 The Union Ministry of Environment and Forests (MoEF) recently published a brochure on “Critically Endangered Species of India. Only a few days before this, I and my sisters were told by my grandmother that these days, back home in Manipur, her alarm clock does not work. When we inquired, she said she no longer hears birds singing or even the cock crowing in the morning as she did in her young age days. It became one of the most loved jokes in my family and we still laugh whenever she reaffirms that.

As I browse through the MoEF report, her joke only became an issue of great concern. In the report, the white-bellied Heron, Bengal Florican and the Pygmy Hog once found aplenty in the Northeast are enlisted as endangered species. According to the report, critically endangered is the highest risk category assigned by the International Union for Conservation of Nature (IUCN) Red List of wild species.

There are five quantitative criteria to determine whether a taxon is threatened. Critically endangered means that the natural population of a species has decreased, or will decrease by 80% within three generations, and all the available evidence indicates an extremely high risk of its extinction in the wild.

The Northeast region, that we have come to understand as the ‘Green Lungs’ of India, is a highly diverse region in terms of not only culture and tradition but ecological resources too. But it is a question of great concern that how many in the region, living in vicinity of such rich biodiversity, know that the region hasn’t even been fully explored.

‘Bio-prospecting’, defined by wikipedia as an umbrella term describing the discovery of new and useful biological mechanisms, either with or without the help of indigenous knowledge, and with or without compensation has never been carried out adequately in the diverse seven sister states. This, even when ‘biopiracy’, defined as a situation where indigenous knowledge of nature is exploited for commercial gain with no compensation to the indigenous people themselves, may have already invaded the region.

Talking of exploitation, the report has brought out certain threats that contribute towards endangering the above mentioned species. Loss and degradation of lowland forest and wetlands through direct exploitation and disturbance are some threats to the survival of the White-bellied Heron, an extremely rare bird found in five or six sites in Assam and Arunachal Pradesh. Ongoing conversion of the Bengal Florican’s grassland habitat for various purposes including agriculture is mainly responsible for its population decline.

Referred to as one of the most useful indicators of management status of grassland habitats, the pygmy hog is the world’s smallest wild pig, with adults weighing only 8 kg. The grasslands where the pygmy hog resides are crucial for the survival of other endangered species such as Indian rhinoceros swamp deer, wild buffalo, hispid hare, Bengal florican and swamp francolin. However, this indicator is being threatened by the loss and degradation of grasslands, dry-season burning, livestock grazing and afforestation of grasslands. And not to forget, hunting, which is also a threat to the remnant populations.

The Ministry points in its report that conservation efforts often focus on large and charismatic animals such as the tiger and elephant that are undoubtedly in urgent need of protection. However, there are a large number of species that do not rank very high on the conservation totem pole, although they are also under great threat. Conservation cannot focus only on certain aspect or part of the environment and protecting the ‘umbrella species’ approach no longer seems to be working. A holistic approach and understanding of ecological evolution of all species is the need of the hour and should be the driving force and need of conservatory actions and plans.

I cannot but wonder if down the line, I am asked something similar by my grandchildren, my words could very well entertain the younger generation. For things we see or observe now may by then become a tale of what once was. That is of course with the assumption, that humankind will mend its ways and leave some for the survival and existence of the coming generations.