Monarchak Gas Based Power Project in Tripura Gets a Green Signal 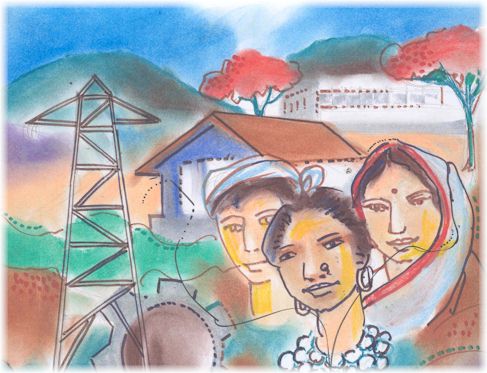 The power generated from the project will be supplied to Tripura. The project would contribute to the economic development of the State by providing 100 MW power and direct and indirect employment to the local population. Being a combined cycle power station by using natural gas, the plant shall be of high efficiency and also environmentally compatible project, with negligible emission. According to Government sources, the project will mitigate the problem of power shortage in the Northeastern Region (NER) and the consequent need for import of power particularly during the winter seasons.

Interestingly, the Monarchak project, which has had a mixed fortune, was initially proposed as a 540 MW plant when its foundation stone was laid in West Tripura district in 2003 by the then power minister Suresh Prabhu of the NDA government. According to ProjectsMonitor.com, in May 2004, the incumbent UPA government did not support NEEPCO”s pursuit of adding large gas-based power capacity in Tripura, citing gas shortages. Strangely, the same government allowed ONGC to set up a 740 MW gas-based power project in the same state, in joint venture with IL&FS.

The Monarchak project is now scheduled to be commissioned in 36 months from July, 2010 and will be completed with a debt-equity ratio of 70:30. While the equity portion shall be met through NEEPCO’s internal resources, the debt portion shall be arranged through Commercial Borrowings.

The project will also improve the hydro-thermal mix in the NER and the Country and would perhaps promote a greater interest in gas based than hydro-electricity. In the present context, Gas-based sounds so much better than hyrdo-based energy in the NER. However, efforts are needed to have a complete shift to decentralized energy and explore renewable energy sources like solar and wind, very much suitable for the NER.