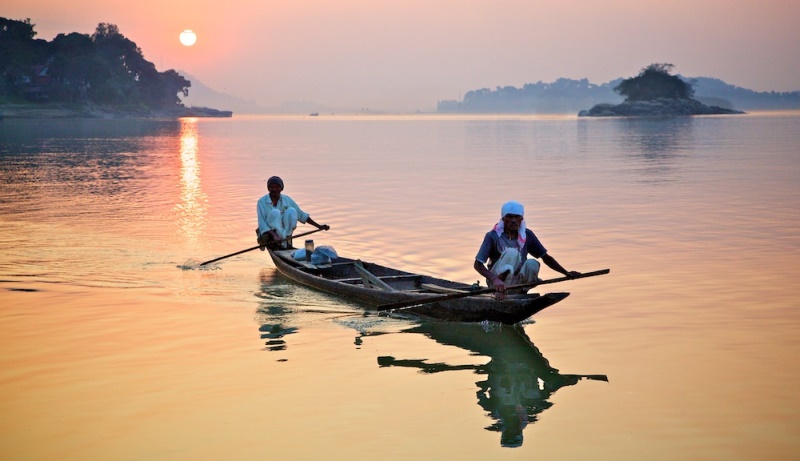 The Union Minister of State (Independent Charge) of the Ministry of Development of North-eastern Region (DoNER), Dr. Jitendra Singh has announced the setting up of a Center for Brahmaputra Studies in the Guwahati University. He also shared his vision and dream, of the day when students and scholars from far and wide would come all the way to Guwahati in pursuit of specialized learning and research. Dr. Singh made this announcement while addressing the 25th convocation of Guwahati University in March, 2015.

Dr. Jitendra Singh complimented the brilliance and diligence of the scholars from this part of the country that after overcoming the constraints of inaccessibility and distance, some of them are today leaders in academic and scientific research in their respective fields.

Citing Prime Minister, Shri Narendra Modi’s vision for North-east, Dr. Jitendra Singh said, the years to come may witness the region developing as an organic capital of India and when that stage is achieved, we will find scholars from far and wide coming to Northeast for research in organic science, organic flora and organic growth.

In this context, he also referred to the work undertaken by DoNER Ministry as a follow-up to Prime Minister’s announcement for setting up six Agricultural Colleges in the region and Rs.100 crore allocated exclusively for organic farming in the year 2014-15.

Expressing concern over the exodus of students and youth in search of jobs and higher studies outside North-east, Dr. Jitendra Singh said, he proposes to work in close tandem with the HRD Ministry and requested to depute renowned faculty for universities in the Northeast by providing them extra incentives and perks.

Similarly, he said, he has a plan to arrange Job Fairs and campus interviews by renowned Multi-National Companies in the capital cities of eight States because this experiment he had even tried in his own constituency and the results were amazingly encouraging as more and more youth found employment at their doorstep and also placement in their respective native zones.

As a DoNER Minister, Dr. Jitendra Singh said, he would try to work out the feasibility of student exchange programmes with some of the leading foreign universities and referred to his meeting with the Vice Chancellor of Cambridge University who also happens to be a medical professional.

The Governor Assam, Shri P.B. Acharya and the Chief Minister of Assam, Shri Tarun Gagoi were also present during the occasion.