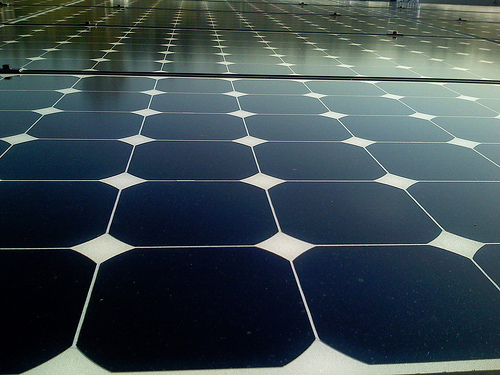 On March 21 of this year, the government of Tripura had announced plans to use Compressed Natural Gas (CNG) for running all public and private vehicles in Agartala by 2013 and achieve the title of “India’s first green city”. Adding more to its green ambition, the state capital is now taking steps to become even more Eco-friendly and becoming the first ‘Solar City’ in Northeast region.

The commitment was shared during the recent visit of India’s president Pratibha Patil to the state capital who was there with her husband Devisingh Shekhawat, to attend the eighth Convocation of the Tripura University. Agartala Municipal Council (AMC) Chairperson Sankar Das announced at the reception organised in the President’s Honour, that the city was inspired by the Rashtrapati Bhavan’s ‘Roshni’ project and said “Drawing inspiration from your (President’s) unique initiative in implementing the ‘Roshni’ project for the development of the President’s Estate as a green and energy-efficient township, we shall endeavour to develop Agartala as a similar city.”

Earlier in August, the Presidential palace, the residence of the the Honorable President of India received the ISO 14001:2004 certification, which was granted by the U.K.’s Bureau Veritas in view of the various standardized environment management practices, including solar energy, that it has adopted.

To achieve the Solar City status, an amount of Rs. 20 crores will be required of which 90% of the cost will be borne by the Union Ministry of New and Renewable Energy and remaining would be given by the Tripura Government. The statistic was put forward by the State’s Science, Technology & Environment Minister Joy Gobinda Debroy. He said, “Agartala city would be the first ‘solar city’ in northeast India within the next few years”.

Many ventures will be taken up towards going green like use of solar hot water system in all existing hotels, nursing homes, the government circuit houses and bungalows, hospitals and health centers, tourist lodges, temples and in the Governor’s residence. Solar energy will also be used to run the city’s street lights.

Indeed it is a step worth welcoming and praiseworthy. Tripura will soon become an inspiration to other states in the Northeast region to Go Green and make the entire region an even more Eco-friendly region in the country. Northeast India – truly the “Green Lungs” of India!