On the State Intervention in Combating Electricity Crisis in Manipur 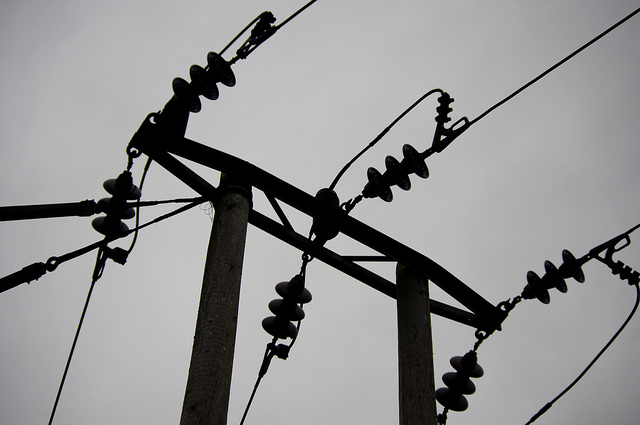 We know that every natural resource is precious and needs to be used wisely if we are to sustain our development. One such resource is energy, and is presently harnessed from every conventional source possible. The many proposed dams in the North East Region (NER) are an example to this. The NER lies in Earthquake Zone V, the highest on the vulnerability scale, making the region susceptible and prone to earthquake  damage. Even this does not deter the policy makers to install dams in order to fulfill their need for ‘power’.

Will the earthquake of February 4, 2011 measuring 6.4 on the Richter Scale also shake the policy makers and make them rethink their existing stand is a question we would certainly like to ask? But the larger question is that how serious are we in combating the other factors that lead to the power crisis in the region. The ugly face of corruption in Manipur has time and again hidden behind a make-up for too long. And looking at recent developments, the state is once again thrown in the open to debate and bring reasonable solutions by means of honest attempts.

Recently, during a telecom conversation with my mother, I learnt about an ongoing certain drive which the State Electricity Department of Manipur has initiated back home. Indeed the news was disturbing and raised alarming questions in my mind.

On January 24, 2011 the State Electricity Department started a drive to boost power supply in the state. According to the department, the state loses around 70% power due to power theft.  Hence the department launched the drive against unauthorized consumers and against consumers who don’t pay due bills, emphasizing that power theft is a cognizable and a non-bailable offense under the Electricity Act, 2003.

A powerful drive like this to bring change in power loss and supply has opened the Pandora box of power issue in the state. It should be noted here that people in Manipur do not enjoy 24×7 power supply. “Load Shedding” is best exemplified in Manipur.

My mother said these days our locality gets power supply only during 2 pm to 5 pm daily (which may be compromised on some days) and at night the power is supplied between 6 pm to 10 pm on one day and 10 pm to 12 pm on the next, alternately. And life in Manipur is somehow weaved by the power supply timing. You get to plan all your daily chores or routines that requires electricity according to the state ordained power supply timing.

One has to be prepared to stay awake till 10 pm to iron the school uniform to wear next day. Or else, one has to be rich enough to get personal power supply supplement of solar panel, power generator or the most use Moreh inverter (manufactured in Myanmar). This, even when solar subsidy is neither the best nor very easy to obtain.

Coming back to the drive, there has been numerous responses from the public towards it. Since the drive targets mostly the unauthorized power consumers, the question of what is legal and what is illegal consumption arose. There are many existing people or household who have registered their name in the department list of consumers yet they haven’t got the power reading meters installed.

This group is now getting electricity bills with no consumption unit mentioned but chargeable amount given in the bills. Hence, the confusion of how much is legal to pay remains to be solved plus on what basis is the bill amount generated.

People who don’t register their names in the department consumer lists are easily targeted but have now removed the electric wires illegally hanging onto the legal supplier ones. They choose to live in darkness until the government drive loses momentum. Some concerned citizens have responded genuinely to the drive and cleared their due bills.

The drive has raised many questions, one of them being of the existing so called ‘VIP Line’. Many households in the state enjoy good and uninterrupted power supply if they get VIP power line. This line is especially enjoyed by the state high dignitaries and officials. Also certain important government offices and places receive this line. However, the number of households or consumers receiving the VIP line is increasing rapidly and at alarming rate, and not always legally.

A recent report in The Sangai Express brought out another disturbing issue. Electric transformers and transmission components provided to the State under the composite project of Rajiv Gandhi Grameen Vidyutikaran Yojana for Rural Electricity Infrastructure and Household Electrification for Grid Supply System were found rotting in the North-western corner of Kangla.

The reported transformers, huge rolls of HT wires, iron poles and other components were meant for electrification of remote villages of the hill districts of Manipur as well as the valley. The neglected act of wastage puts a serious question on how sincere and genuine is the state in enacting such a drive and policing the citizens over power consumption.

And the even more challenging question remains as to how does the NER as a region want to solve its power crisis. Will the large number of existing and proposed dams solve the crisis and bring reasonable solutions or will the region slumber under the heavy weight of corruption bypassing good governance and sustainable development? I have shared some thoughts on my part and I know that the region awaits many more green voices!